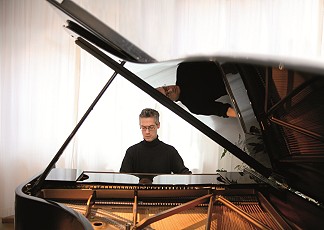 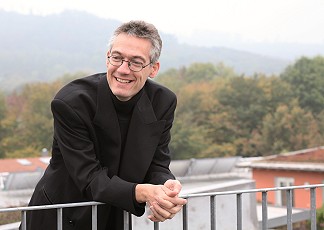 Albrecht Dammeyer was born in Kassel. As a child he learnt to play the piano and later the flute. Despite his interest for philosophy, German literature, and history he decided to become a pianist and began studying in Freiburg in 1990, where he works and lives to date. His most important teacher was Robert D. Levin at the Freiburger Musikhochschule until 1993. Later his teacher was Tibor Szasz. He attended chamber music classes with artists such as Kim Kashkashian, Dieter Klöcker, and Hansheinz Schneeberger. Classes with Ludmilla Ginsburg, Karlheinz Kämmerling, Michel Beroff and others completed his musical education. Inspired by his teacher Hans Heinrich Eggebrecht, Albrecht also studied Modern German Literature, Philosophy, and Musicology. In 2003 he finished his studies with an inter-disciplinary thesis on Friedrich Nietzsche und Gustav Mahler.

As a soloist, Albrecht focuses on works of the German Classic and Romantic period (mainly Franz Schubert and Robert Schumann). He also concentrates on the musical works of the period around World War I and Classical Modernism, including composers such as Janáček, Albéniz, Nielsen, de Falla, Szymanowski,Villa-Lobos, Schostakowitsch, Messiaen, and Ligeti. Albrecht has performed the piano concertos of Mozart, Beethoven, Schumann, Brahms, Rachmaninow, Schostakowitsch and others. He has toured Russia and other Eastern European countries, Iceland and the Baltic States. Every year he visits Southern France for solo recitals and ensemble performances (most recently at the Festival Déodat de Séverac). Albrecht performs regularly as a chamber musician and accompanist. In 2006 he founded the Varnhagen Piano Trio.